Every term I will be running a competition open to all current Danum students. My competition for the Autumn term is all about writing reviews.

You’ll have seen the first few episodes featuring Peter Capaldi as the Twelfth Doctor by now – but why not have a look and see what you think of him in print? These three books featuring the new Doctor are in your library (or will be very soon!), and the challenge is to write a review of no more than 250 words giving your honest opinion of either Silhouette, The Blood Cell or The Crawling Terror.

If you prefer, you could do a review of the just-released Doctor Who Annual! Same rules apply - 250 words giving your honest opinion! 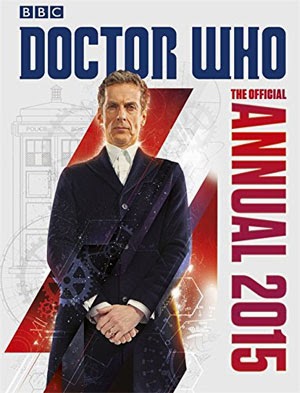 •    Make sure you say WHY you liked/didn’t like a book. Was the plot convincing? Did it keep you reading? Were the new characters interesting? Did the baddie’s scheme make sense? etc.

•    Even if you are reviewing a book you didn’t like much, try to find something positive about it.

•    What about the author’s style – the way the book is written? Can you say anything about the language they use? Is there lots of description, lots of action? Is there a good balance between action and dialogue?

•    Try to avoid what River Song (remember her?) called ‘spoilers, sweetie!’ You can talk about the plot, but (especially as I’ll be featuring some of the best reviews here on the blog), don’t give the game away about big twists or how the book ends. So don’t write, ‘I couldn’t believe it when the Sontarans turned up in Chapter 10!’ or ‘The Doctor’s ingenuity saves the day when he reverses the polarity of the neutron flow and brings the Earth back, blowing up the Thargon spaceship in the process.’ But you can say, ‘the ending is an astonishing twist which will catch the reader by surprise.’

Reviews to be sent to Daniel via Danum Libraries please – revised closing date, Friday 27th March (the last day before the Easter holidays). The prize for the best-written review – a copy of the classic Tenth Doctor novel Sting of the Zygons!

Posted by Daniel Blythe at 08:24 No comments:

'Answers are easy. It's asking the right questions which is hard.'

For my second Patron blog I thought I'd take a few of the most common questions I'm asked on school visits and round up my answers - which are usually consistent...

How long have you wanted to be a writer?

For as long as I can remember. For me, reading and writing were two sides of the same coin. I was aware from a very young age that the books I got out of the library had a name on the front, and that this name was 'the writer'. I wanted to be this person who got to tell stories, and so I started creating quite derivative sci-fi adventures - for example, my comic strip featuring The Computo-Mice! 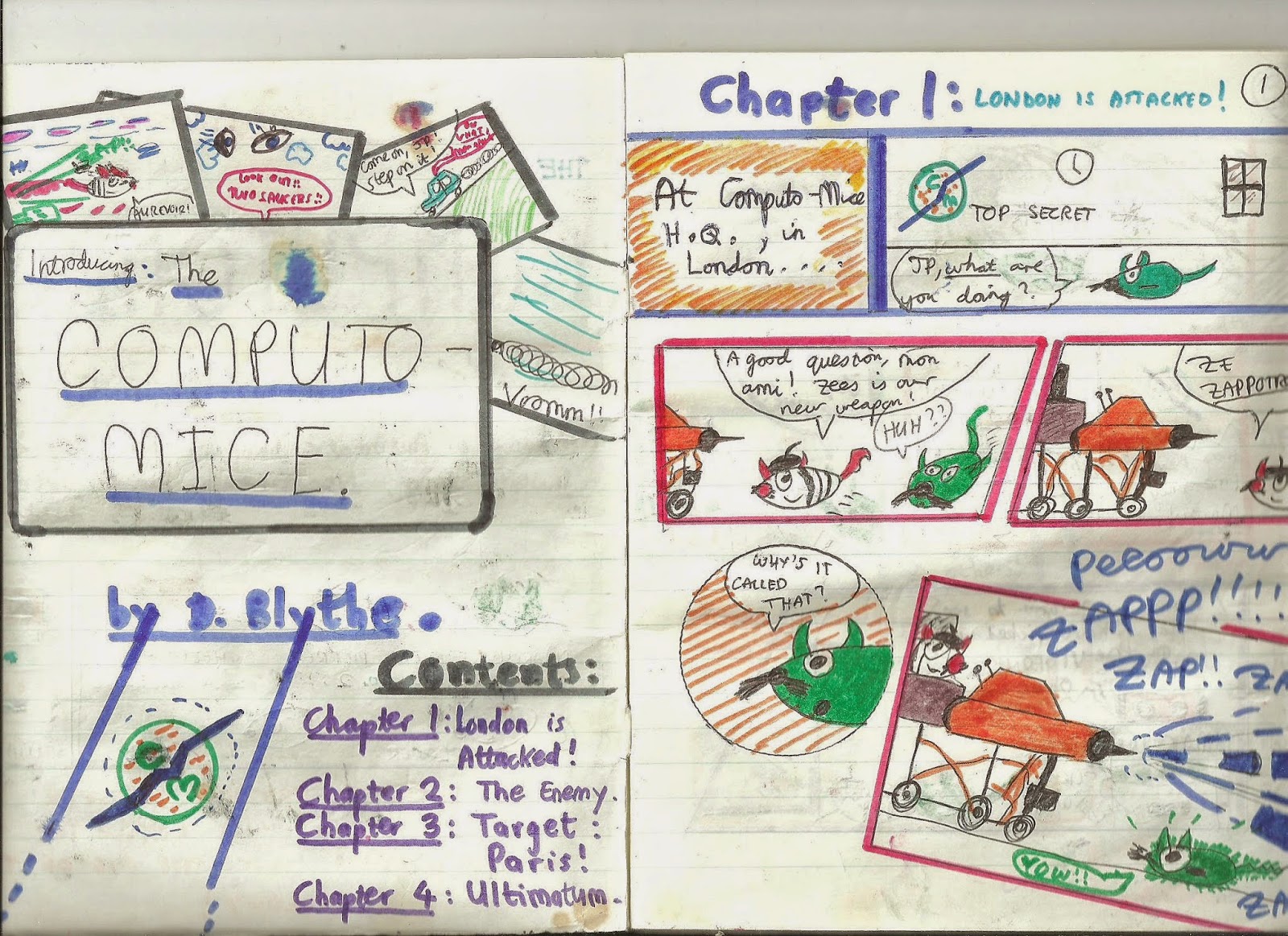 Who is your favourite Doctor/ companion/ alien?

Predictable, but I have to answer Tom Baker (the fourth Doctor), and Sarah Jane Smith (played by Elisabeth Sladen)... The Cybermen, when they are used well, are a very creepy idea as they are what the human race could become! They are much more than just 'monsters'. I do also have a soft spot for Sylvester McCoy and Ace, and I think Morbius was a wonderful villain too.

What's your favourite Doctor Who story?
It's really hard to pick an overall favourite, as it changes all the time. So it's probably fairest to pick a favourite from each decade, which I can just about do. (It's too soon to choose a Peter Capaldi story - ask me again at Christmas!)

What was your favourite book when you were growing up?
Probably The Hobbit by J.R.R. Tolkien. 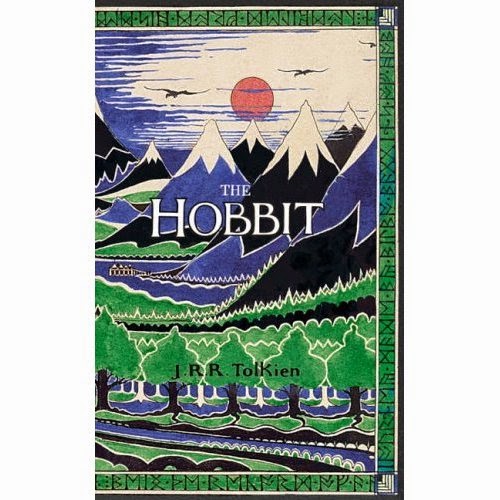 Are you rich?
The easy answer is that very few writers are what you'd call 'rich'. (Although, actually, what do you call 'rich'? A thousand pounds may seem like a lot to some people. It certainly seemed a lot to me when I was 11! But it doesn't go very far when you are an adult.) But the slightly more evasive - and more true - answer is that there are many ways of being rich, and not all of them involve money. What about richness of experience, of imagination, of freedom?

Which football team do you support?
England United. Don't ask me to explain the offside rule.

What car do you drive?
I don't.

How long does it take to write a book?
It can take anything from a number of weeks to a number of years. Some writers are very efficient and get a book out every year. Some take ten years between books (and presumably have other occupations in between). Each book finds its own rhythm - and it is never 'finished' when you think it is.

How do you make a book?
Writers sit down at their computers - or typewriters - and make up stories. They send them off when they think they are finished. Don't worry about the rest of it - the physical process of making it into a book - as that generally doesn't have anything to do with you as a writer.

Do you decide on the cover?
You can have some input, but it's usually decided on by the publisher. Covers are very often done by a freelance artist, i.e. someone who works for him/herself like the writer.

What's your favourite of your books?
The next one!

Posted by Daniel Blythe at 06:16 No comments:

Genesis of a Patron 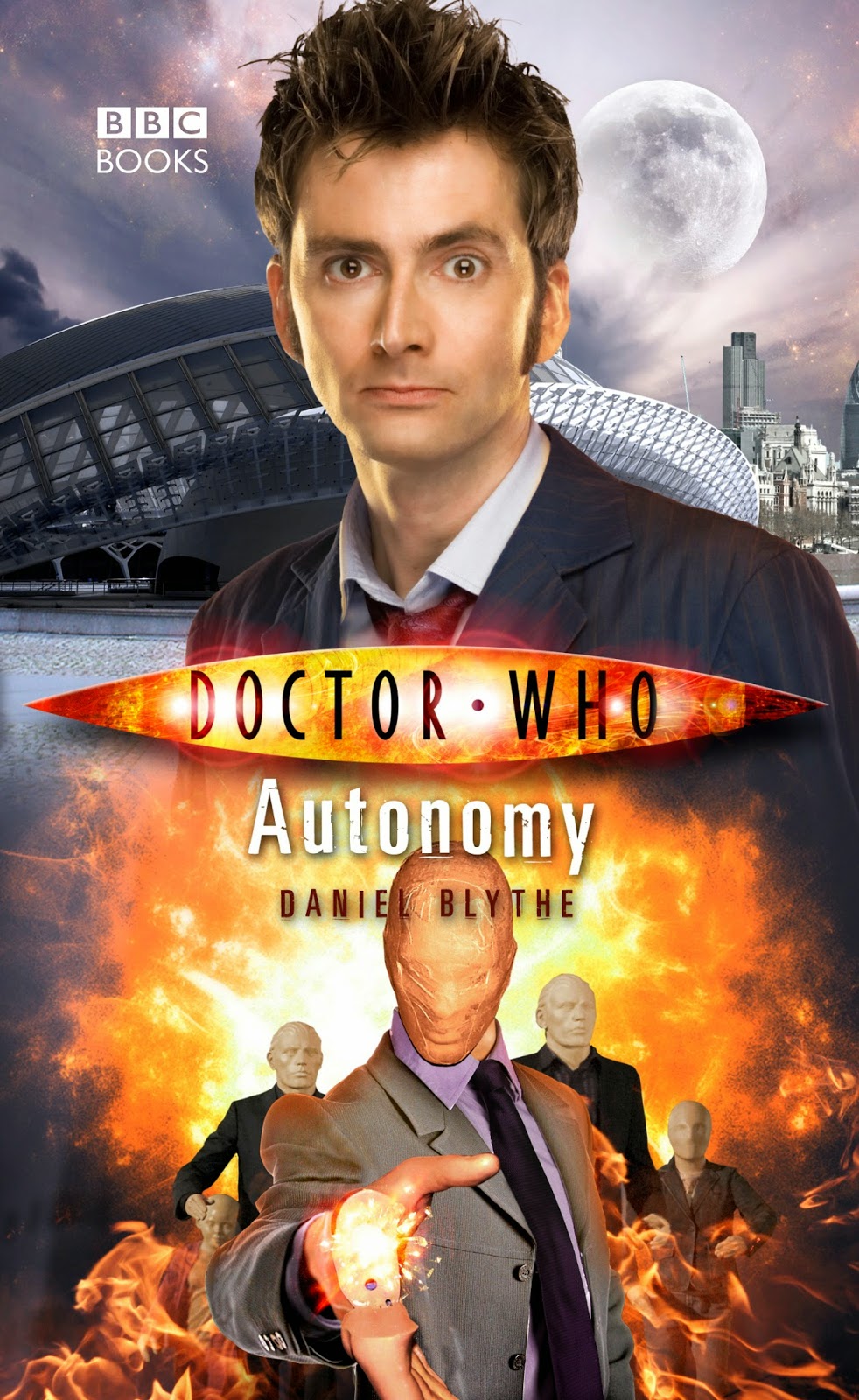 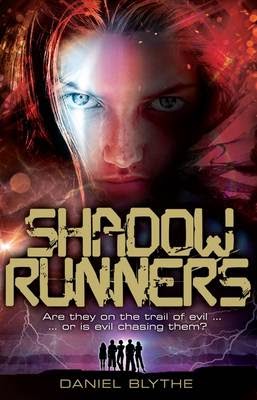 I'm Daniel Blythe, writer of many things - including several novels in the official Doctor Who book series, Shadow Runners and Emerald Greene and the Witch Stones for younger readers, novels for adults, non-fiction, short stories and lots of other stuff! I also do school visits in primary and secondary schools up and down the country, where I present illustrated talks, do book-signings, lead creative writing workshops and run a Doctor Who quiz. So far I've been to over 350 schools.

This occasional blog will be dedicated to my role in 2014-15 as Patron of Reading at Danum Academy in Doncaster, South Yorkshire. I can't explain what a Patron does any better than the site does itself, so if you don't know, please follow the link and pop over and have a look!... The great thing about being a Patron of Reading is that there aren't any rules - you arrange a partnership with the school which will work in as meaningful a way as possible for you both. The first ever Patron of Reading was Helena Pielichaty just a few years ago. The scheme has grown from there, with schools across the country finding Patrons and promoting the joys of books.

In my case it could not have happened without the enthusiasm of Danum's librarian Ms Coppendale, who is a big Doctor Who fan and who has asked me into school a few times for one-off events. (Although I am based in Sheffield, I seem to have this affinity with Doncaster, as I've worked with a number of local schools there including Armthorpe, Hexthorpe and Toll Bar, and I was also delighted to help promote the most recent Doncaster Book Award at its launch day alongside fellow writer and Tarzan re-imaginer, the dynamic Andy Briggs.)

Joining Ms Coppendale in promoting the Patron scheme is Miss Moverley from the English department, who, among other things, will be co-ordinating the Q&A sessions I'll be featuring on this blog throughout the year.

On Wednesday 10th September we had the official Patron of Reading launch at Danum. I was first lucky enough to meet some very enthusiastic Year 7s over lunch, who asked me lots of questions about writing and Doctor Who stuff, and earned their Respect points! Then I did a talk to the whole of Y7 introducing what I will be doing as Patron of Reading.

In the meantime, if you want to find out more about me, here are all the places to do so:

My books on Amazon

And if you know nothing at all about Doctor Who - start here! 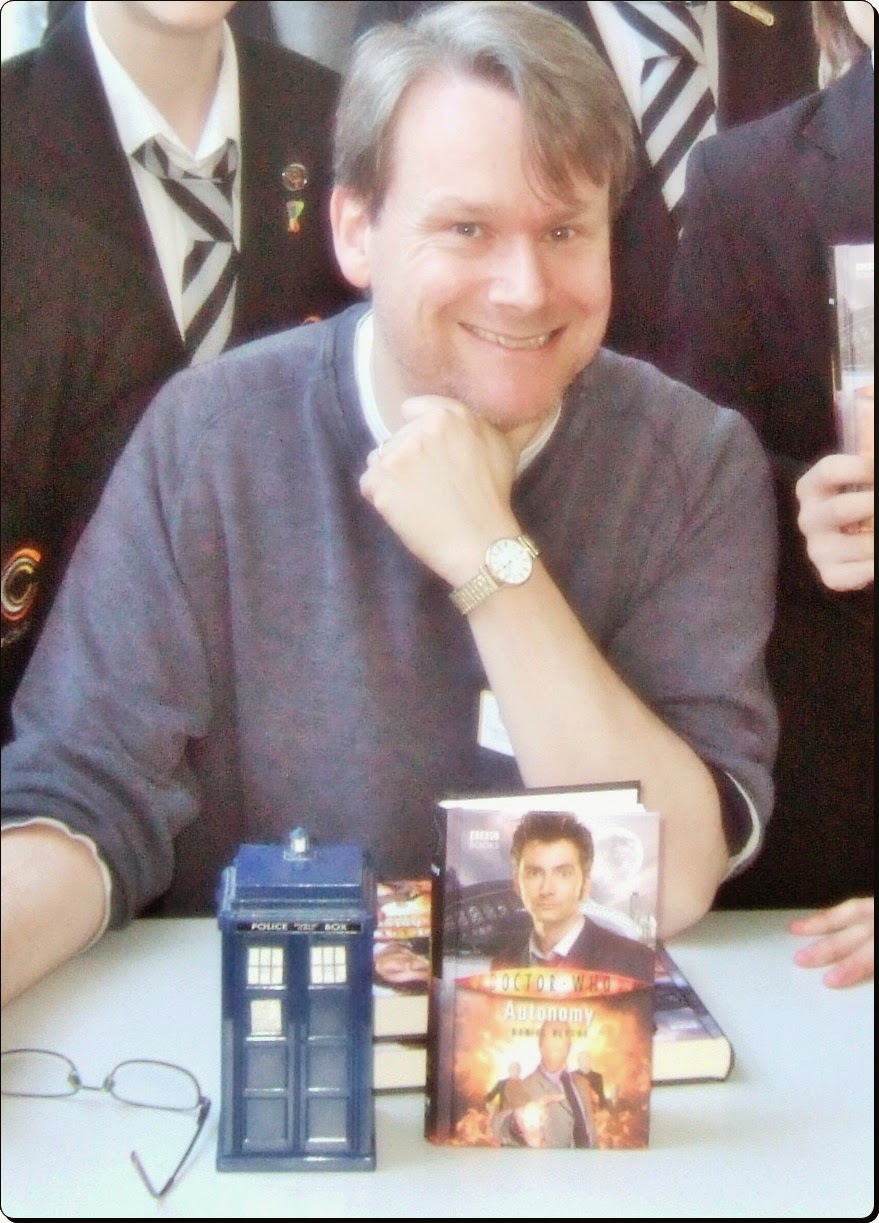